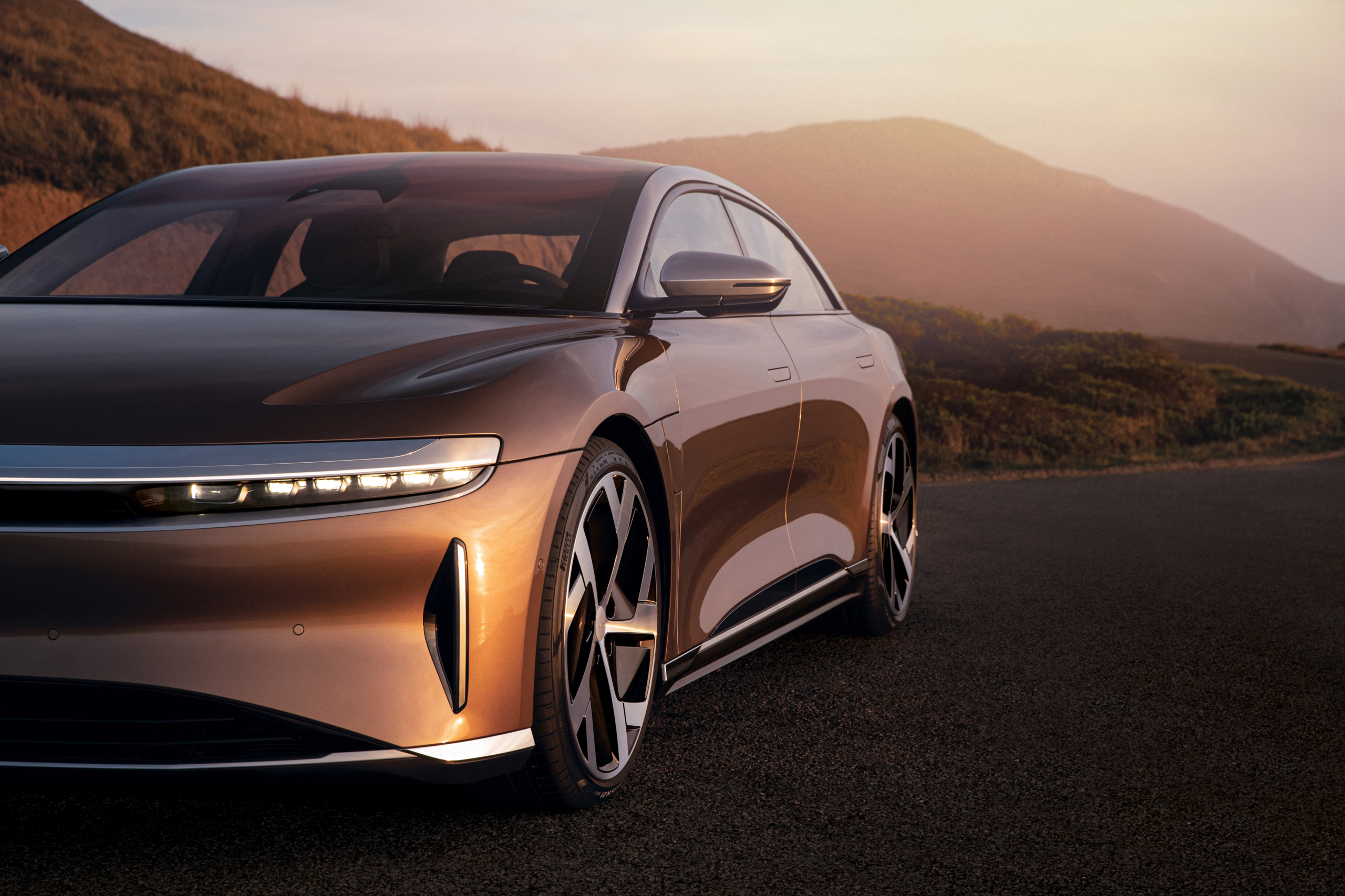 Lucid Motors reached an agreement to become a publicly traded company through a merger with special-purpose acquisition company Churchill Capital IV Corp., in the largest deal yet between a blank-check company and an electric vehicle startup.

The combined company, in which Saudi Arabia’s sovereign fund will continue to be the largest shareholder, will have a transaction equity value of $11.75 billion. Private investment in the public equity deal is priced at $15 a share, putting the implied pro-forma equity value at $24 billion. The announcement comes more than a week after Bloomberg, citing unnamed sources, reported a deal was close to being finalized.

Lucid follows a string of other, albeit smaller-valued, SPAC mergers with electric vehicle startups that have been announced this year, including Arrival, Canoo, Fisker and Lordstown Motors. Several EV infrastructure companies including EVgo and ChargePoint have also become public companies via SPAC mergers.

Lucid might have been the most anticipated. The hype and speculation that has been rampant for weeks drove up the stock price of Churchill Capital IV Corp. from its opening price of $10 a share more than 470% since January 2021. The skyrocketing share price plummeted more than 30% after the details of the deal were announced.

The private investment and cash from Churchill will provide roughly $4.4 billion in total funding to Lucid. That capital will be put to work to speed up and expand Lucid’s plans. The company plans to begin production and deliveries of the Lucid Air in North America in the second half of this year — that’s a notable slip in the timeline; the company previously had aimed to begin deliveries this spring. The Air will come to Europe in 2022, followed by China in 2023. The Gravity performance luxury SUV is expected to come to market in North America in 2023. The vehicles will be produced at its new factory in Casa Grande, Arizona.

The funding will be used to bring those two vehicles to market as well as to expand its factory in Arizona, Lucid CEO and CTO Peter Rawlinson said Monday. The company plans to expand the factory over another three phases in the coming years to have the capacity to produce 365,000 units per year at scale. The initial phase of the $700 million factory was completed late last year and will have the capacity to produce 30,000 vehicles a year.

The deal will also help Lucid realize its vision to supply electric vehicle technologies to third parties, such as other automotive manufacturers, as well as offer energy storage solutions in the residential, commercial and utility segments, Rawlinson said.

Scaling an electric vehicle company is not cheap or easy. Lucid narrowly missed imploding several years ago as it struggled to find an investor that would provide the capital it needed to bring its ultra-luxe electric Air sedan into production. That investor ended up being Saudi Arabia’s sovereign wealth fund, which agreed in September 2018 to invest $1 billion into Lucid Motors.

Lucid began in 2007 as Atieva, a company founded by former Tesla VP and board member Bernard Tse and entrepreneur Sam Weng that focused on developing electric car battery technology. The early research, development and eventual progress in the components and overall electric architecture would lay the critical ground work for the future Lucid, which emerged at the end of 2016 with the new publicly stated purpose to make electric vehicles (although the company had already been working quietly at this for a couple of years). Rawlinson, who left Tesla to join Lucid in 2013 as CTO, was one of the driving forces behind this new mission. He later took on the CEO title and responsibility as well.

While Lucid is often couched as a competitor to Tesla, Rawlinson has told TechCrunch the Air is meant to be a rival of the Mercedes S Class, the internal combustion engine flagship of the German automaker. The investor presentation released Monday echoes Rawlinson’s earlier comments, noting that “Tesla is innovative but not luxury.” Lucid describes itself as “post luxury” and in competition with “established luxury” brands Audi, BMW and Mercedes-Benz.

Lucid is taking a page out of Tesla’s playbook and outlined plans to eventually offer more-affordable EVs once it scales production.

Rawlinson will remain as CEO and CTO. The deal is expected to close in the second quarter.