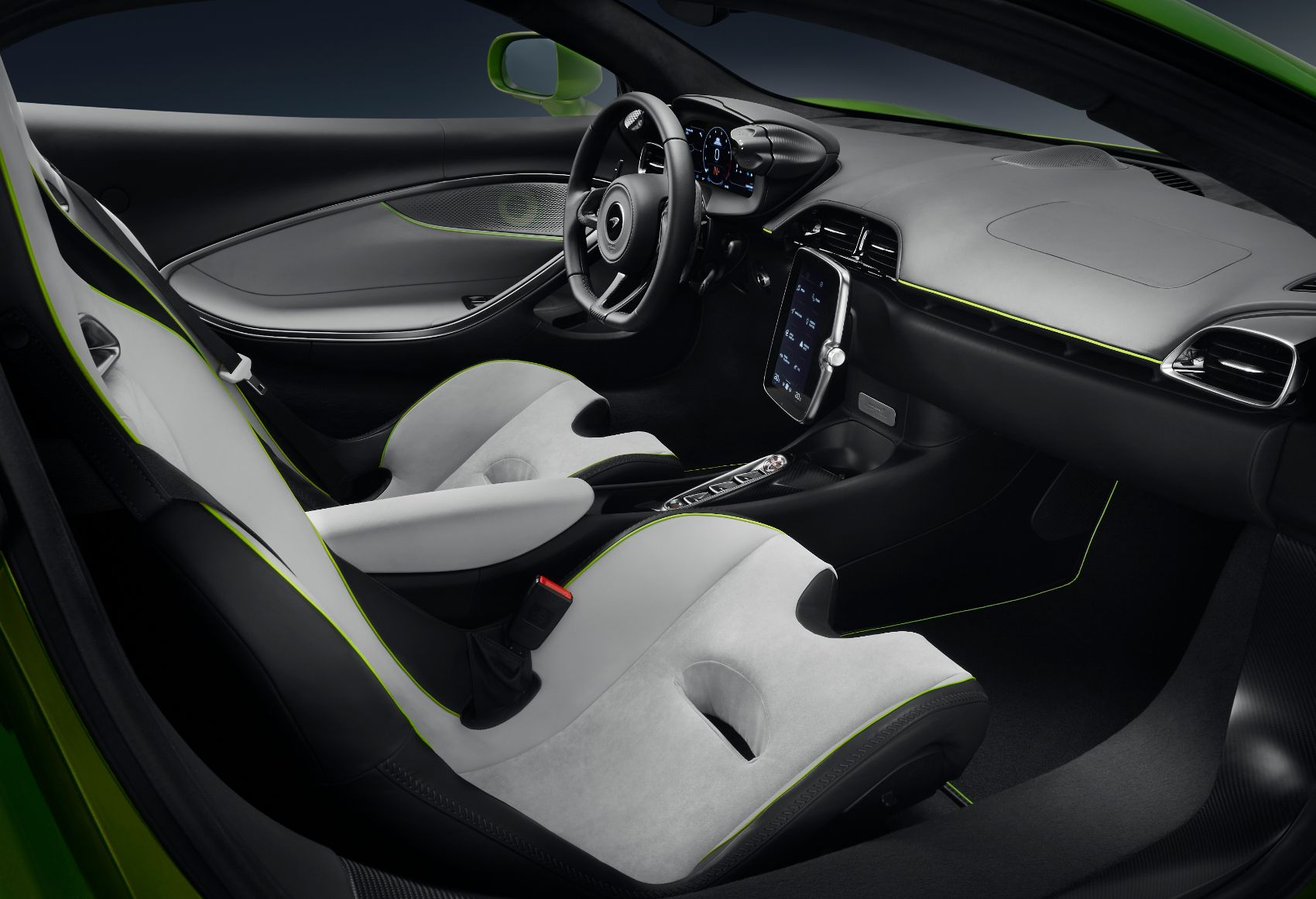 Roughly eight years ago, McLaren kickstarted the hybrid-electric supercar race with the magnificent yet unhinged P1. The Artura succeeds the P1 as McLaren’s ultimate hybrid supercar, but the new Artura is not a replacement for the P1. For starters, the McLaren Artura has less horsepower than the P1. It is also more “economical,” with base prices starting in the $225,000 range, much less than the P1’s astronomical $1.5 million asking price.

Despite this, Artura is truly special. It’s the first series-production High-Performance Hybrid supercar from the British automaker. Artura is also the first McLaren to be built on the brand’s all-new McLaren Carbon Lightweight Architecture (MCLA). As a footnote, the MP4-12C is the first production car designed and built wholly by McLaren, and every McLaren since then has been based on the 12C’s carbon-fiber composite chassis.

In essence, Artura is new from the ground up, and it swims in the same ocean as the iconic P1 due to its plug-in hybrid electric powertrain. “Every drop of McLaren’s experience and expertise has been poured into the Artura,” said Mike Flewitt, McLaren Automotive CEO. “Our all-new, High-Performance Hybrid delivers all of the performance, driver engagement, and dynamic excellence for which McLaren is renowned, with the additional benefit of EV driving capability.”

Forgive me for nitpicking the styling this early on. I think McLaren played it safe in designing the new Artura, but that’s just me. However, I understand the reasoning behind this. As mentioned above, Artura replaces the 570S in McLaren’s lineup and NOT the P1, so we’re talking about a base-level McLaren, for lack of better words.

So yes, Artura is a new car even though it uncannily resembles every vehicle in McLaren’s portfolio. But look closer, and you’ll find Artura’s cabin is a bit different. Also, the body lines are more purposeful than the P1, while the wheel arches are more dramatic and defined.

In so many words, the McLaren Artura represents what you might call a software-defined car. This approach helps lower weight and increase performance, both of which are necessary for a vehicle like the Artura.

Say what you want about the styling, but every McLaren since the legendary F1 has been all about the motor. The Artura combines the best of both worlds. It has a new dry-sump aluminum and turbocharged M630 3.0-liter V6 gas engine pumping out 577 horsepower and 431 lb-ft. of torque.

The hybrid part is courtesy of a compact axial flux electric motor inside the transmission bell housing, generating 94 horsepower and 166 lb-ft. of torque. The combined 671 horsepower output is a small number compared to the mighty P1’s 903 horsepower hybrid powertrain, but Artura has an ace up its sleeve.

The Artura’s V6 gas engine weighs only 353 lbs. and is 110 lbs. lighter than a comparable McLaren V8. It can also spin to 8,500 rpm. Meanwhile, Artura’s electric motor has a 33 percent greater power density per kilo than in the P1. The motor sips power from a small 7.4 kWh battery pack. The total weight of the hybrid components tips the scales at just 287 lbs. All in all, Artura has a curb weight of 3,303 lbs. which, according to McLaren, is on par with comparable supercars that do NOT have a hybrid powertrain.

No Reverse Gear, No Problem!

That’s right. The McLaren Artura has no reverse gear. Instead, it uses the electric motor to slide in reverse. Artura has a standard eight-speed dual-clutch automatic transmission governing its hybrid powertrain, turning the rear wheels via an electronically controlled differential or E-diff. Cleverly located inside the gearbox, this E-diff handles torque distribution across the rear axle to improve traction and handling.

The driver gets to fiddle with four Powertrain modes, including Comfort, Sport, Track, and EV. Also, Artura has separate handling modes to finetune the damper settings and electronic stability control system.

The McLaren Artura’s rear suspension pairs an upper wishbone on the top, two links on the bottom, and a tie rod in front of the wheel center. Apparently, this setup maximizes stability and reduces understeer out of a corner while accelerating, said McLaren.

Equipped with wider Pirelli Cyber Tires with hardware and software integrated into Artura’s electrical architecture, each rubber features an electronic chip generating real-time data, all of which are relayed to Artura’s stability control system to enhance tire performance. Simultaneously, those high-tech tires have sound-absorbing devices in the tire wall to significantly reduce road noise while improving driving comfort.

As an added plus, Artura has a lightweight and fully-redesigned hydraulic power steering that works in conjunction with McLaren’s Proactive Damping Control system. Carbon-ceramic brakes with lightweight aluminum calipers offer relentless high-speed braking power and stability.

The McLaren Artura has a base price of $225,000 and is offered in three core specifications: Performance, TechLux, and Vision. The Artura is available to order now, with the first customer deliveries arriving in the third quarter of 2021. The new Artura comes with a five-year vehicle warranty, a six-year battery warranty, and a generous 10-year body warranty.

Alvin Reyes is an Automoblog feature columnist and an expert in sports and performance cars. He studied civil aviation, aeronautics, and accountancy in his younger years and is still very much smitten to his former Lancer GSR and Galant SS. He also likes fried chicken, music, and herbal medicine.